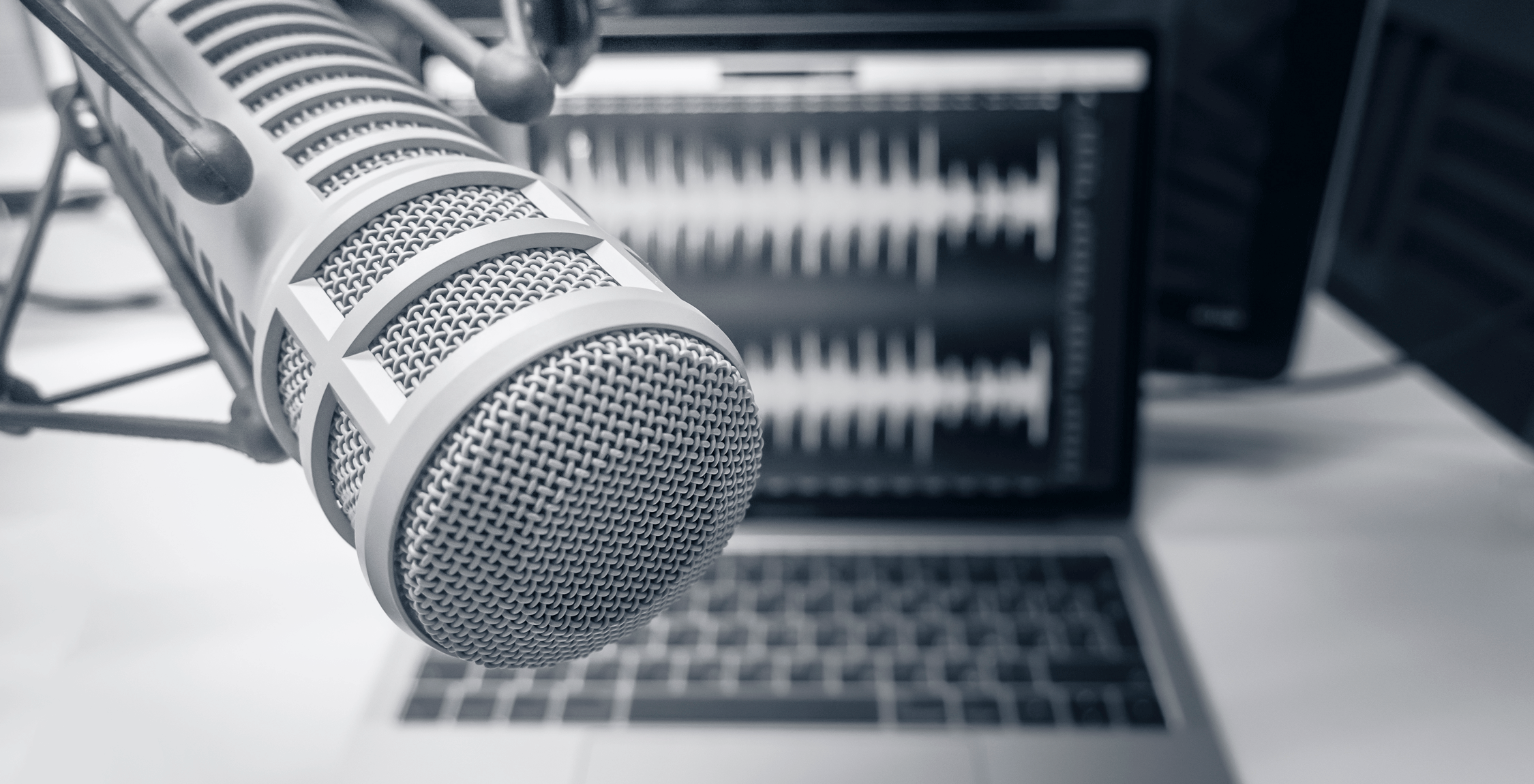 What if they never said GO?

Go-getters put ideas into action, creating change that has impact on our communities and our world. Join us for straight-up, no-nonsense conversations with leaders on the forefront of change — within and beyond the university — who are dedicated to bringing direction to a dream. 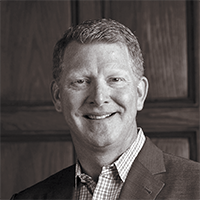 When he’s not exploring the origin stories of Lehigh GO Getters as a podcast host, Joe Buck, vice president for Development and Alumni Relations, spends his days getting to know alumni and connecting them with transformative university initiatives they’re passionate about. Under his leadership, GO: The Campaign for Lehigh has raised $700 million — and counting — to support students and faculty and advance the university’s top priorities.

Buck became the host of GO Getters in spring 2021, taking over for President John D. Simon '19P. Simon launched the podcast in 2019 as a way to share insights into the motivations and journeys of Lehigh people making a difference in our world. 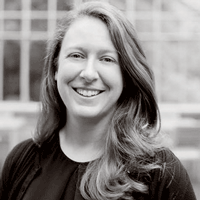 Allocations. Asset classes. Annual distributions. Kristin Agatone, Lehigh’s chief investment officer, dives into the nuances of managing a $2 billion portfolio in this conversation with host Joe Buck. Listen as she talks about her search for investments in the “sweet spot,” the importance of leveraging Lehigh’s portfolio for the long term, and her own challenges and successes as a woman in the finance industry. 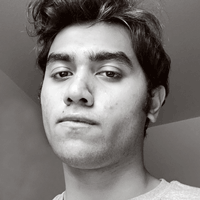 Raihan Alam ’23 is drawn to controversial conversation — and committed to making them meaningful. As a co-founder of the Douglass Dialogues program, he champions respectful dialogue among students and faculty on tough topics. As a social psychologist, he’s a published author on research examining the factors that contribute to hostility on social media. Listen to learn how Alam’s work is bolstering the Lehigh community and changing perspectives on how humans perceive and understand each other. 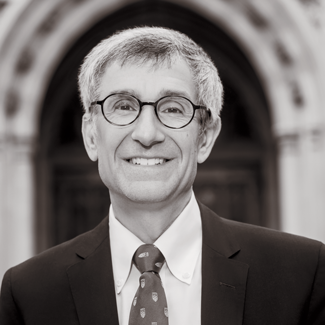 Joseph J. Helble ’82 isn’t just Lehigh’s 15th president. He’s also an engineer, an educator, a runner, a one-time Gryphon, a great home chef, and — of course — a go-getter. Get to know what makes him tick as he looks back on his earliest days at Lehigh, reflects on his journey to the presidency, and sets his sights on the future of the institution and our community. 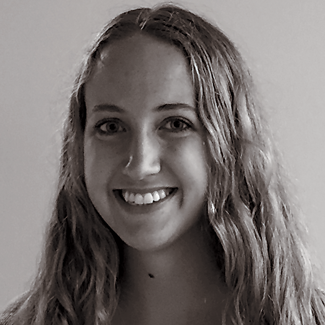 Allison Codi '22, a major in IDEAS (Integrated Degree in Engineering, Arts and Sciences), knows and loves the space where computer science, engineering, and health converge. In this episode, Codi talks with host Joe Buck about her research in COVID-19 forecasting, her love of frisbee (and hatred of stink bugs), and how she views herself as a mentor for women and girls in STEM. 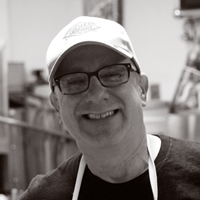 “Right there that is!” For more than 40 years, The Goose’s Tony Silvoy has spent nearly every day making sandwiches for his friends.

With host Joe Buck, Silvoy reflects on how he found his calling at the landmark Southside deli, the ways the neighborhood has changed through the years, and his role as an unofficial Lehigh ambassador. 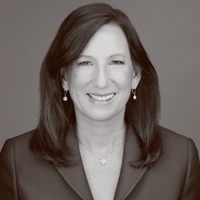 It’s hard to believe Cathy Engelbert ’86, first female CEO of a big four accounting firm, could ever be shy. But she credits Lehigh with bringing her out of her shell, and her own willingness to practice, prepare, and stretch with elevating her not just to the top of her profession but to a new role as commissioner of the WNBA.

Hear about her journey and how she’s shaping the future of women through her league — and at Lehigh. 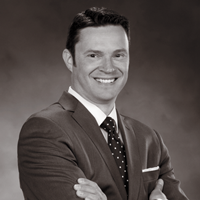 On any given day, you'll find Lehigh Chief of Police Jason Schiffer on his bike, chatting with students and cruising the slopes of South Mountain. The lawyer and former Bethlehem Police Chief brought his community bicycle-cop background to campus in 2018 with the aim of helping students to succeed.

Listen and learn about his journey to Lehigh and how he is helping to shape the department’s philosophy, approach, and practice of equitable policing. 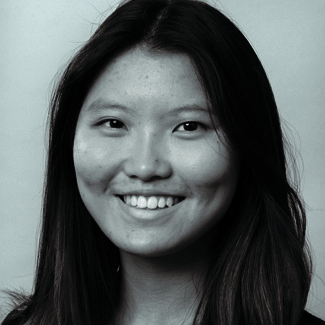 From her experiences living through Hurricane Maria in Puerto Rico to her hopes of making a difference on the ground in Sierra Leone, hear about Laura’s drive to impact global healthcare and build communities. 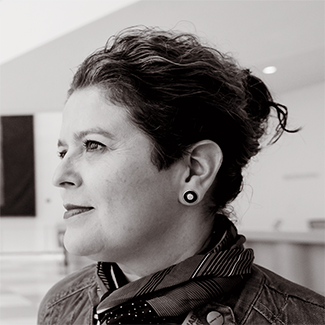 United Nations Sustainability Development Officer Patricia Chaves ’92G has devoted her life to “planting flowers” — that is, helping those around her bloom.

When she’s not working to further the United Nations’ 17 Sustainability Development Goals (SDGs), Chaves helps drive change in her home country of Costa Rica and make connections for Lehigh students. Learn how she thinks a single person can make a difference and what Lehigh can do to help sustain our world. 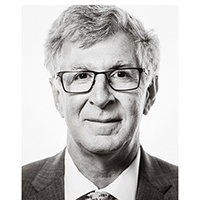 What’s the job of a university president all about? John D. Simon ’19P talks about the importance of asking the right questions, building relationships, and wearing the right (Engineers?) hat as he reflects on his tenure as Lehigh’s 14th president with host Joe Buck. 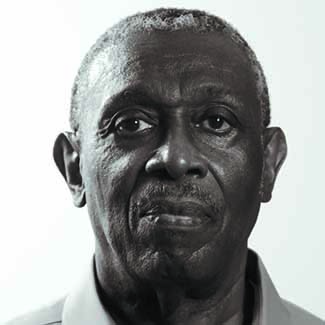 After a Fulbright award brought him from British Guiana to Lehigh, Frank Douglas found himself navigating not just university life and winter weather, but a national landscape of tumultuous social change.

With wisdom and gravity, Douglas reflects on his experiences with racism and discrimination, a pharmaceutical career that helped launch more than 20 well-known drugs, and his continued endeavors for social justice. 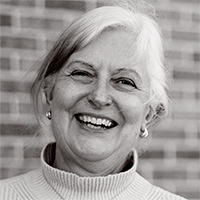 Elsa Reichmanis, who helped make possible the chips in almost all of today’s electronics with her contributions in the field of microlithography, is now poised for new discoveries as Lehigh’s newly arrived Carl Robert Anderson Chair in Chemical Engineering.

Join host Joe Buck as he talks with her about how she sees her role as a researcher and mentor; her anticipation around the Health, Science, and Technology building; and how she figured out what she wanted to do when she grew up.

This episode is part of Soaring Together: A Celebration of Lehigh Women. 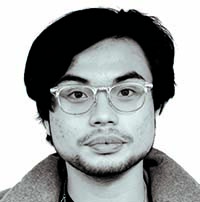 Adrian Suarez ’22 was only 13 when he lost his father, but he was old enough to appreciate the shortness of life and the need to make the most of the opportunities before him.

With the help of a Lehigh scholarship, Adrian has since navigated the challenges of being an international, first-generation college student to become a philosopher, a social entrepreneur, a business consultant, and even a stand-up comedian. With host Joe Buck, follow Adrian’s journey to hear what motivates him, the connection between comedy and resilience, and the ways his adventures are still unfolding. 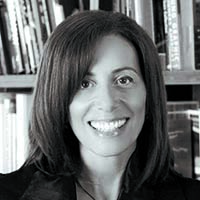 After graduating from Lehigh, New York native Ann Lewnes ’83 reinvented herself on the west coast with a job at Intel.

Then, she went on to reinvent Adobe, Inc. as chief marketing officer and executive vice president of corporate strategy and development. With host Joe Buck, Ann discusses her appetite for risk, perspectives on up-and-coming talent, and her next big bet on the future of marketing. 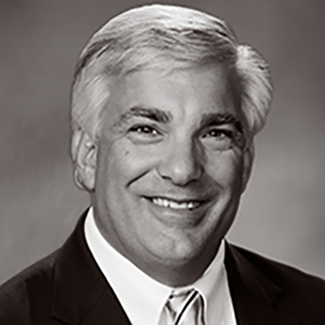 James Maida, president and CEO of Gaming Laboratories International, Class of 1985, and member of the Board of Trustees, has trouble sleeping at night if there’s a problem that needs to be solved.

With John Simon, he talks about his experience as a computer science engineer-turned lawyer-turned entrepreneur, how he’s guiding his international business through the pandemic, and Lehigh connections that span generations. 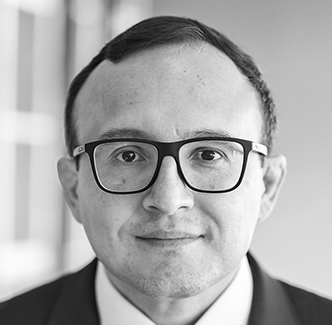 Eduardo Gómez is an internationally known expert on global health and political science, a frequent contributor on major news networks, and one of the founding professors in Lehigh’s new College of Health. But, he admits, he was a less-than-dedicated high school student.

Listen as Gómez talks with President John Simon about developing personal discipline, his passion for academics, and how he finds himself making societal change happen at the intersection of political science and health. 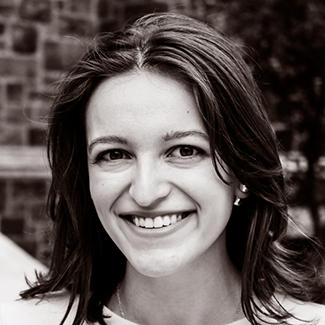 When COVID-19 disrupted the end of the spring semester, Student Senate President Julia Pardee ’21 had to navigate unfamiliar territory from a familiar space: representing the student body to Lehigh administrators.

President Simon talks with Julia about how she represented student concerns during the pandemic, the importance of communicating, and her student leadership experiences. 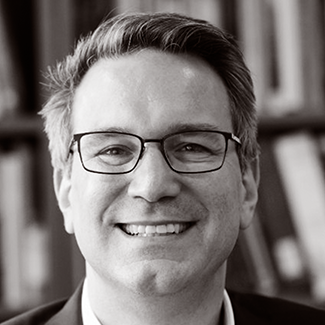 Hear from Greg Reihman, vice provost for Library and Technology Services, about how decades of experience informed the transition to remote learning, ways faculty and students have adapted, and how the shift to new technology will shape the future of education. 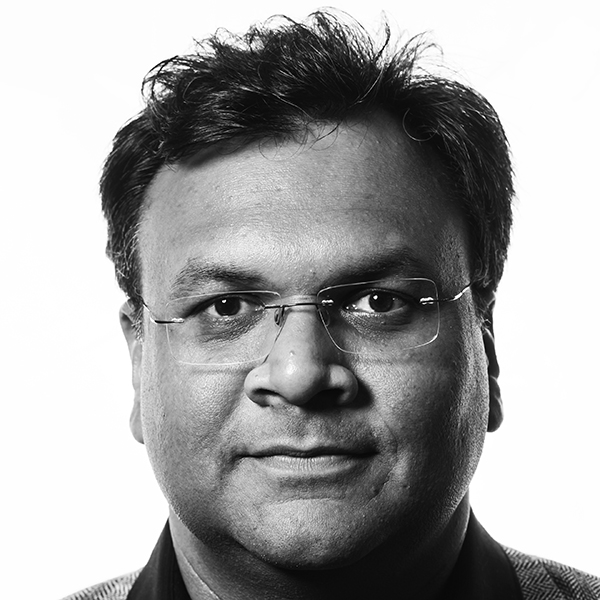 Khanjan Mehta, inaugural vice provost for Creative Inquiry and director of the Mountaintop Initiative, has a motto: Get stuff done. President Simon explores what drives Khanjan's passion for problem solving, his frustrations with the “tyranny of content,” and how he guides students to tremendous successes — and spectacular failures — so they can change the world.

Stay tuned after the episode to hear how student projects have continued remotely since the disruption of COVID-19 and how creative inquiry can help us navigate in a vulnerable, uncertain, chaotic, and ambiguous world. 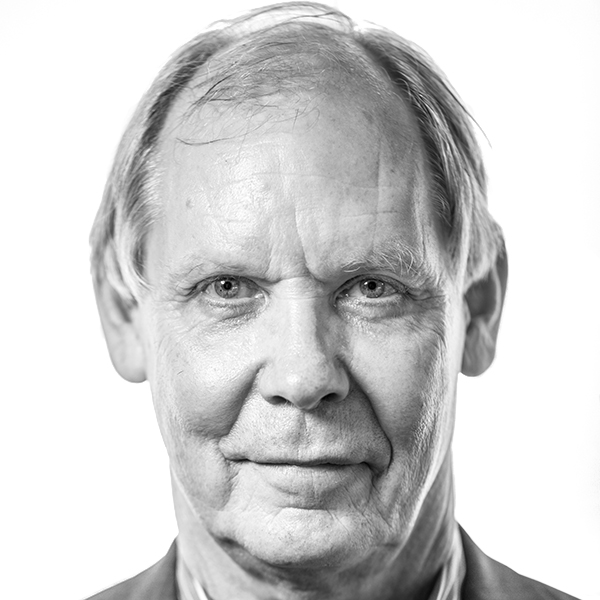 When Martin Harmer, Alcoa Foundation Professor of Material Science and Engineering, isn’t driving a revolution at the intersection of AI and electron microscopy, you may find him fishing hundreds of miles offshore or practicing his latest slight-of-hand trick. Join President Simon as he uncovers where Martin gets his ideas and how he puts the magic into engineering, literally and figuratively.

After the episode, Martin shares what it’s like teaching remotely from his boat, where he found himself stranded after COVID-19 shut down the country. 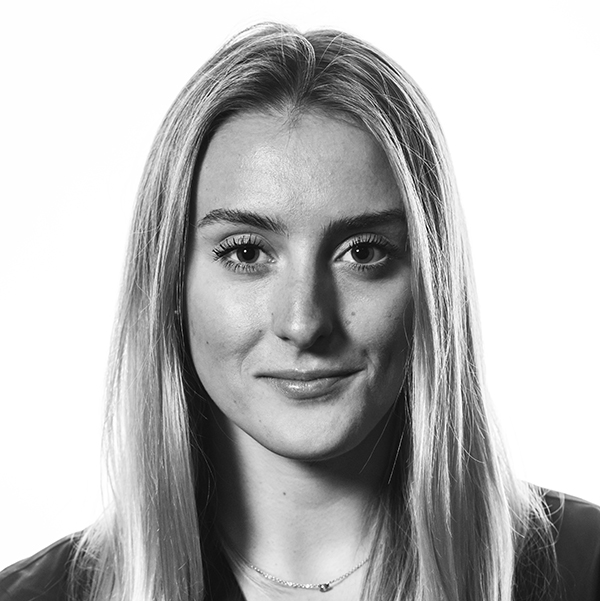 As a top business student, rising computer scientist, and field hockey star, Maddie Monahan ’21 seems like she has it all figured out. But that hasn’t always been the case. Join President Simon as he talks with Maddie about her insights on overcoming failure, how she’s pursuing her passions, and what the art of passing on the field has taught her about leadership.

Stay tuned after the episode to hear how Maddie has navigated her semester since Lehigh moved to remote learning due to COVID-19. 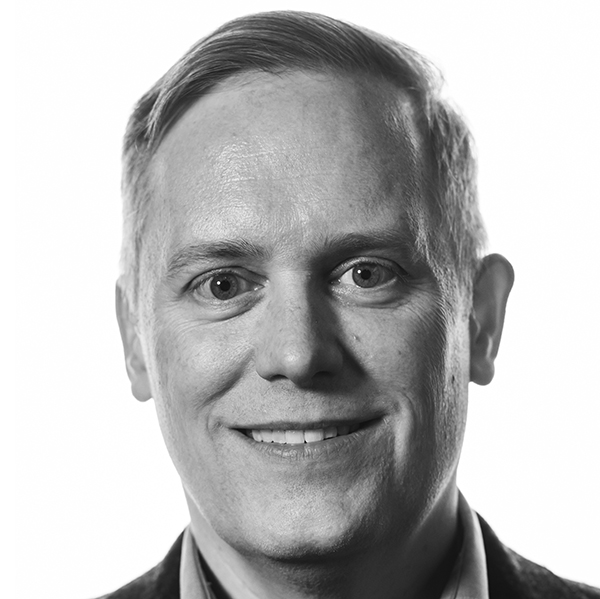 Fresh from the Metropolitan Museum of Art, Lehigh University Art Galleries Director William Crow talks neuroscience and Nirvana with President Simon as part of a far-ranging conversation about art and the role it plays in interdisciplinary education and research.

After the episode, stay tuned to hear how William has taken the work of the galleries online since the advent of COVID-19, and his perspectives on the value of art in uncertain times.