GO Getters: Inside the Episode 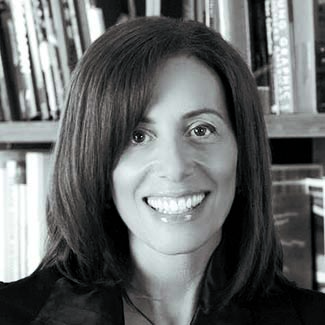 After graduating from Lehigh, New York native Ann Lewnes ’83 reinvented herself on the West Coast with a job at Intel. Then, she went on to reinvent Adobe, Inc., as chief marketing officer and executive vice president of corporate strategy and development. With host Joe Buck, Ann discusses her appetite for risk, her perspectives on up-and-coming talent, and her next big bet on the future of marketing.

Most influential, most innovative: Find out more about Ann’s background and industry accolades from Forbes, AdAge, and others on her official Adobe site.

“Ann is like the entire International Space Station.”: Lehigh friends, colleagues, and mentors honor Ann Lewnes with the Excellence in Industry Award, presented to an individual who has demonstrated professional achievement of the highest caliber in the management of a for-profit organization. Watch the video >>

What’s your special sauce?: Committed to supporting Lehigh students through programs such as the Baker Institute, Ann shares her wit and wisdom at LehighSiliconValley.

Brown and White spotlight: Ann’s work as a student reporter (covering UFOs!) for The Brown and White is showcased alongside that of alumni Joe Morgenstern and Michael Smerconish in the publication’s 125th anniversary exhibit.

A passion for film: A champion of women filmmakers, Ann was recently named to the Board of Trustees of the Sundance Institute.