An unlikely friendship between student and donor that spans generations.

It’s summer, and Daniel Amankwatia ’19 is on the New York City subway commuting to his internship at PricewaterhouseCoopers and reading a novel given to him by Penny Miller. Meanwhile, at home in Connecticut, Penny is playing an album recorded by Off the Record, Daniel’s campus a cappella group. She knows the lyrics by heart.

The two are unlikely friends. Daniel is the first student to receive the Clinton F. Miller ’34 Memorial Endowed Scholarship, which Penny created to honor her father, a patent attorney who earned his Lehigh degree in chemical engineering over 80 years ago.

Daniel and Penny first got to know each other at the 2017 Scholarship Dinner, where donors and scholarship recipients are given the opportunity to meet. Today, their evolving friendship is one filled with mutual interests, respect, and admiration.

“Getting to know Daniel has reaffirmed my commitment to supporting Lehigh,” Penny says.

“Meeting Penny at the Scholarship Dinner was like meeting a family member,” says Daniel. “When you get that one-on-one, personal connection … for me, it really sparked something. It pushed me to try even harder at everything I do here.”

Daniel is in the Integrated Business and Engineering Honors Program, majoring in mechanical engineering and economics with a minor in aerospace engineering. In addition to his two summer internships, he stays busy during the school year working as an admissions fellow, performing in three singing groups, and planning the University Choir’s next international trip as the group’s tour manager.

“I am blessed to be here,” says Daniel, who says that without financial aid and Penny’s help, he likely would not be at Lehigh.

While Penny earned her bachelor’s and master’s degrees at two other prestigious universities, she chose to establish the scholarship at her father’s alma mater. “My father was proud to have gone to Lehigh,” she says. “I really felt like I wanted to do something to honor his roots and where he came from and honor him at the same time.”

Penny’s father was the first in his family to attend college. During the Great Depression, he struggled to pay for his education. Like Daniel, he worked multiple jobs, including starting a dance band and performing on a transatlantic cruise ship during the summers. “My father couldn’t afford to go to college, but he somehow managed, so I thought it was appropriate to set up a scholarship to help others in similar circumstances.”

“It is very rewarding to help someone and feel like you are contributing to their success,” says Penny, who told Daniel that her father would be proud of him. “Getting to know Daniel has been a wonderful privilege that I would never have had without the donation and the Scholarship Dinners. It has reaffirmed my commitment to supporting Lehigh.” When he is able, Daniel plans to follow in Penny’s footsteps and help someone else realize their potential, too. “I’ve experienced the impact a donor can have on someone’s life—it’s powerful to have someone backing you, and who believes in your ability to move forward and be successful,” he says.

Until then, Penny and Daniel plan to continue staying in touch, sharing their love of books and music, and celebrating the memory of Penny’s father through Daniel’s continued success. 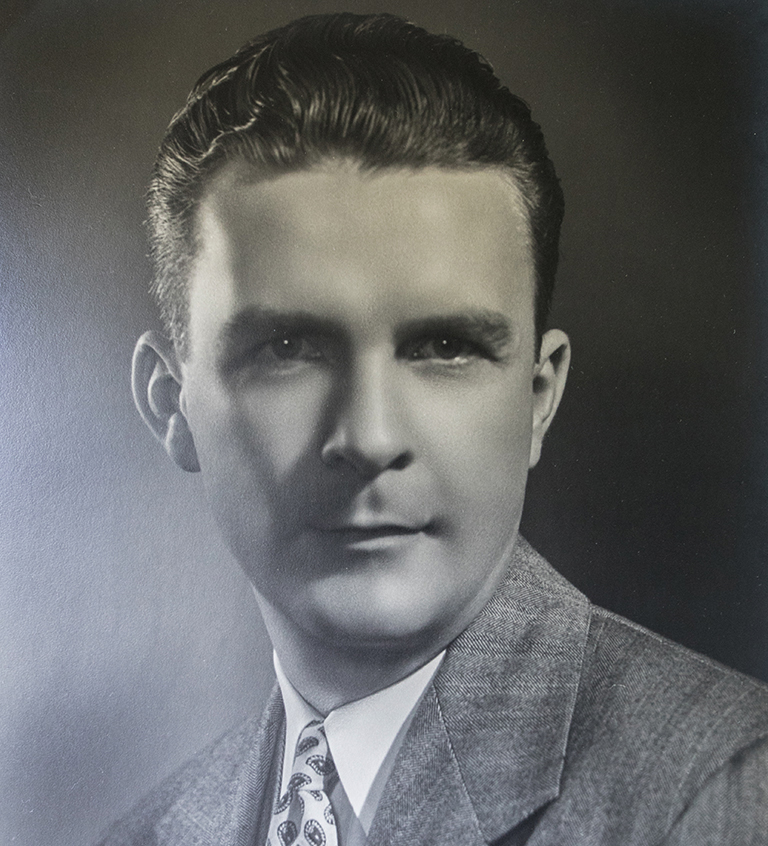 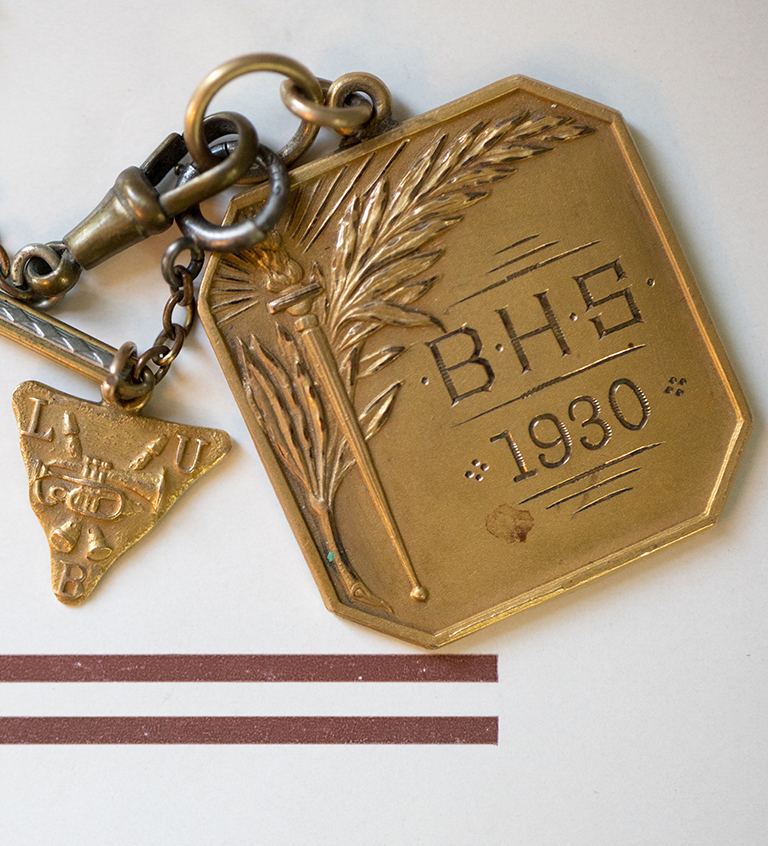 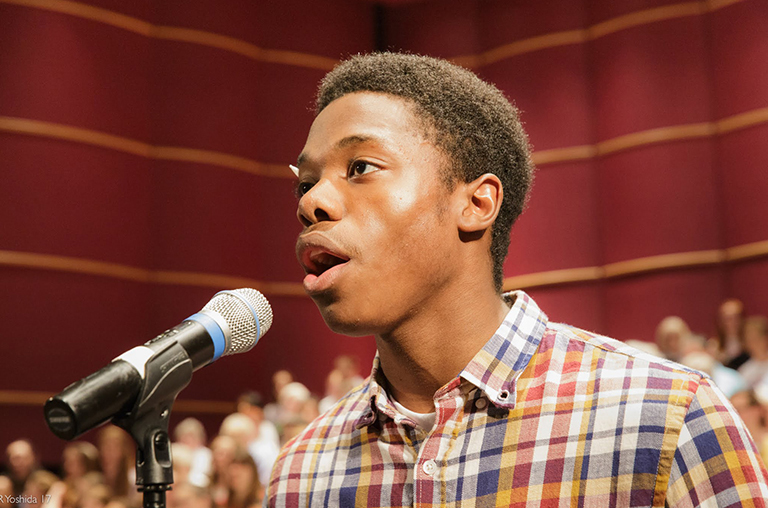 “Getting to know Daniel has been a wonderful privilege. ... It has reaffirmed my commitment to supporting Lehigh.” –Penny Miller 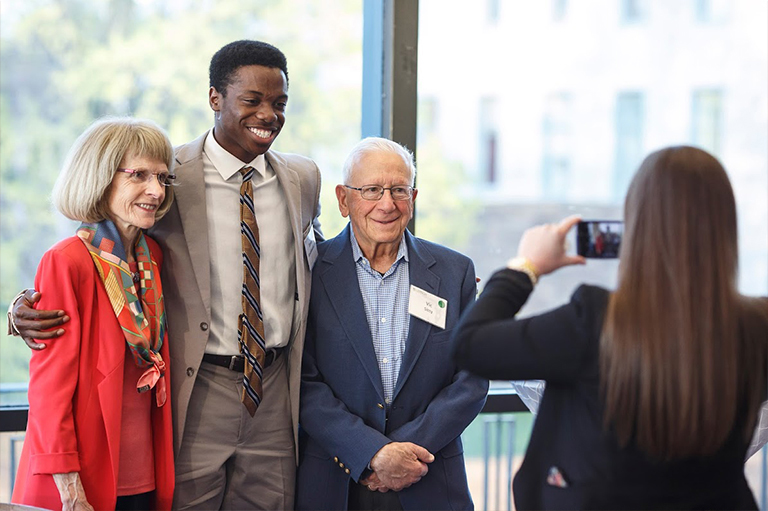 Penny Miller with Daniel Amankwatia ’19 and her husband, Victor Sitty, at the 2017 Scholarship Dinner.

It all started when a team of Lehigh student entrepreneurs spotted a powerful correlation in two seemingly unrelated maps: one showing regions of the world with the highest rates of violence against women, the other marking those where access to cellphones is most limited. The students quickly realized that the areas where those two maps overlapped were those where women were in the greatest danger.

With that insight in mind, the students designed Soterra, a small, cost-effective device that uses Bluetooth mesh networking technology and GPS to allow women to discreetly contact friends, family, or the police when they feel threatened—without the need of a cellphone or internet.

To develop the device, the team had to build Soterra’s system architecture, a process that required high-level state machine design as well as hands-on circuit building and wiring. They also utilized API (application programming interface) and wrote embedded programming code to run the device processor. The hardware team used a computer-aided design program to determine the ideal ergonomic shape of the device, as well as 3D printing to test different materials.

“Words really can’t begin to describe this experience,” says Brooke Glassman ’19, a mechanical engineering major. “To see our design go from a sketch on a piece of paper all the way to a working prototype is one of the best feelings as an engineer.”

After learning about the Soterra project, Steven Savino, professor of practice in marketing and advisor to the Lehigh Marketing Club, thought the club and his MBA students might be able to bring a different perspective to the team’s endeavor. So the Marketing Club developed potential marketing plans for how to position Soterra for sales to parents of incoming first-year college students, while the MBA students brainstormed ideas and presented viable concepts for marketing the device to women in developing countries, as well as institutions and hotel staffs.

This collaboration between engineering and marketing minds has proven fruitful for the Soterra team.

“Some of the presented barriers to entry were not previously identified by us,” says Emily Randolph ’19, an Integrated Business and Engineering (IBE) student studying industrial and systems engineering and finance. “We look forward to using this knowledge to move Soterra forward and hope to continue our partnership with these groups.”

The exercises also were helpful for the club members and MBA students, says Savino, as they wrestled with real-world products and situations and applied theories they learned in the classroom. “Students get so much more out of experiential learning than they do just reading something in a textbook,” he says.

A few months later, six members of the Soterra team found themselves in Mumbai, India, as the finalists for the XPRIZE Foundation’s $1 million Jain Women’s Safety Prize. The team was one of 21 selected from a total of 85 teams from 17 countries and was invited to compete in the semifinal round. After making it through the semifinals, Soterra was one of five teams to make it to the final round of the competition.

The team was ultimately awarded $50,000 to further develop Soterra. But more than anything else, they gained a priceless learning experience.

“We are a group of students passionate about the cause and dedicated to using engineering and technology to solve real-world problems—and that is exactly what we have started to do,” says Glassman. “I’m so thankful for everything I’ve learned and to have had the chance to represent my team, Soterra, and Lehigh University on a world stage.” 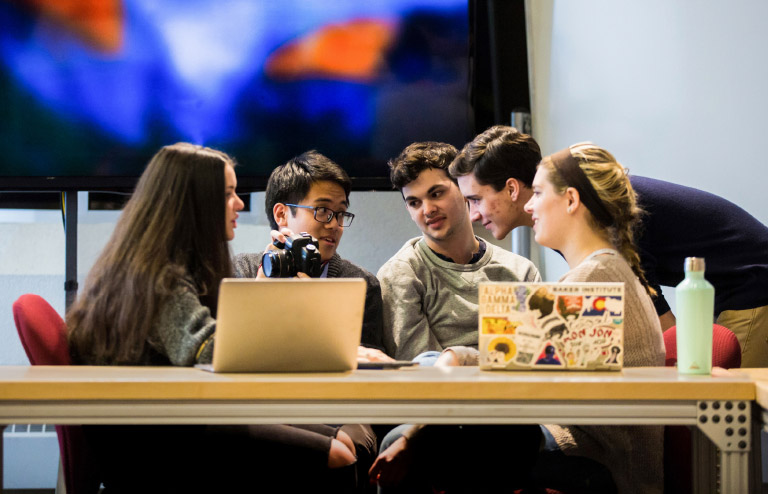 “Words really can’t begin to describe this experience. To see our design go from a sketch on a piece of paper all the way to a working prototype is one of the best feelings as an engineer.” –Brooke Glassman '19 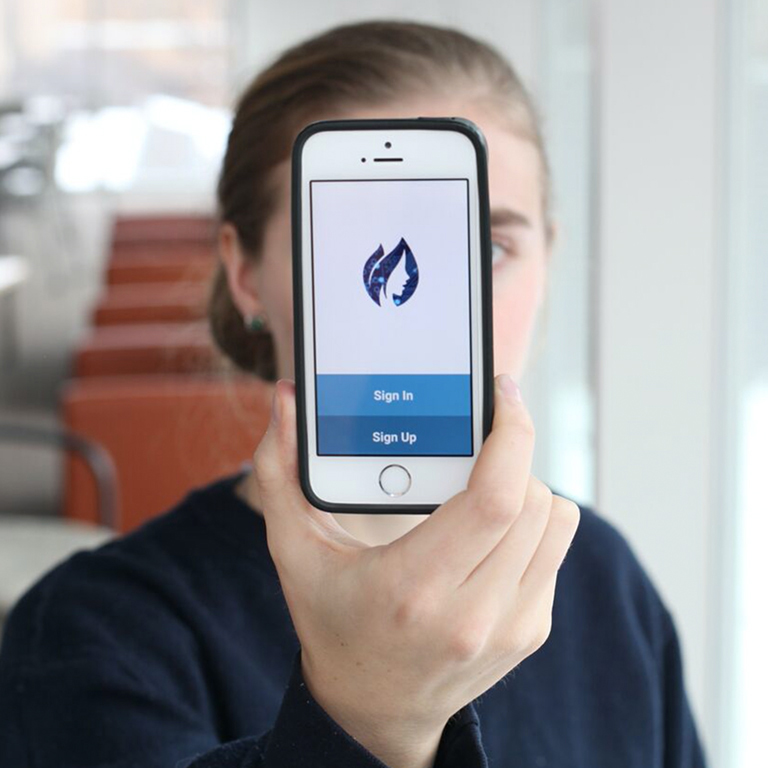 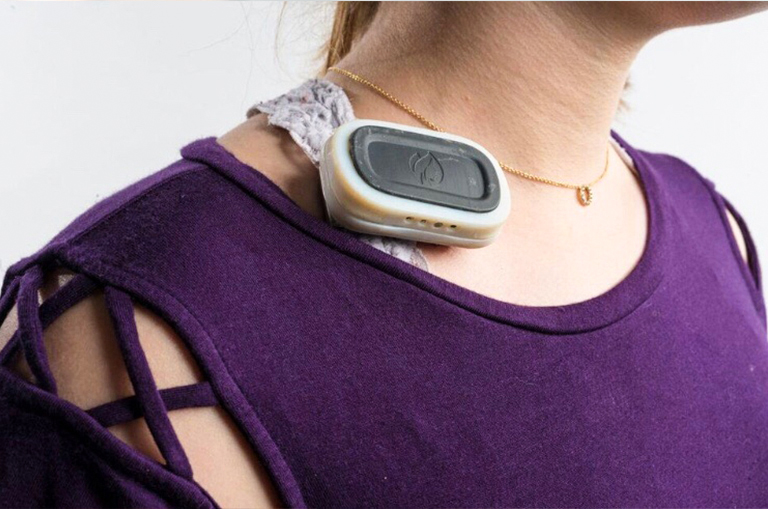 Soterra uses Bluetooth technology and GPS to allow women to contact friends, family, or the police when they feel threatened.

Meet the researchers behind the artificial intelligence tool that combines data science and psychology.

Martin Harmer, the Alcoa Foundation Professor of Material Science and Engineering, has a vision for what he believes could eventually become the future of science. It is a vision built on the construct of collaboration—and its name is Buddy.

Buddy is a key component of the multimillion-dollar Nano/Human Interface Presidential Engineering Research Initiative. The initiative aims to develop a new kind of artificial intelligence tool designed to help researchers make smarter and better use of data. “If successful,” Harmer says, “our work here has the potential to lead the next revolution in the conduct of science.”

Similar to the way a smartphone is able to “learn” about its user’s needs and habits, Buddy will be able to glean from experience which kinds of data a particular researcher finds useful. With time, the interface between human and machine could become almost seamless, helping researchers achieve goals that may not otherwise be possible.

“We will talk to Buddy like we talk to our phones,” says Harmer. “Buddy will remember what it has done before and will learn from its interactions with us. It will learn what we’re interested in, anticipate what we want to do, and give us a potential solution.”

To get there, however, Harmer understood that a multidisciplinary team was vital to success. So for the past year, Harmer has been collaborating with physicist Jeff Rickman, bioengineer Anand Jagota, computer scientist Daniel Lopresti, and psychologists Kate Arrington and Nancy Carlisle.

“Bringing these disciplines together is very, very difficult,” says Harmer. “It’s hard. We’re out of our comfort zone. We’re going to be struggling to bring all this together. And that’s what makes it worthwhile.”

Since joining the team, psychologists Arrington and Carlisle have harnessed their knowledge of cognitive psychology to help developers design the machine in a way that optimizes its ability to collaborate with the human brain.

“When humans are processing data, it’s important to recognize limitations in humans as well as the data,” explains Carlisle. “Cognitive scientists are trained to understand the limits of human mental processing. It’s what we do. Taking into account these limitations when devising new ways to present data is critical to success.”

The team believes Buddy will one day be nimble and flexible enough to assist researchers working in any number of disciplines. But in the immediate future, they believe it will be particularly useful in two areas of research where progress has been slowed by the inability to fully visualize and interpret vast amounts of data: the production of nanomaterials and the development of carbon nanotubes.

The team’s success has the potential to unlock a number of scientific breakthroughs, and despite the enormous challenges it poses, Harmer is confident in their ability to deliver. Lehigh, he says, is tackling a project that many other universities won’t—in a way that most universities can’t. 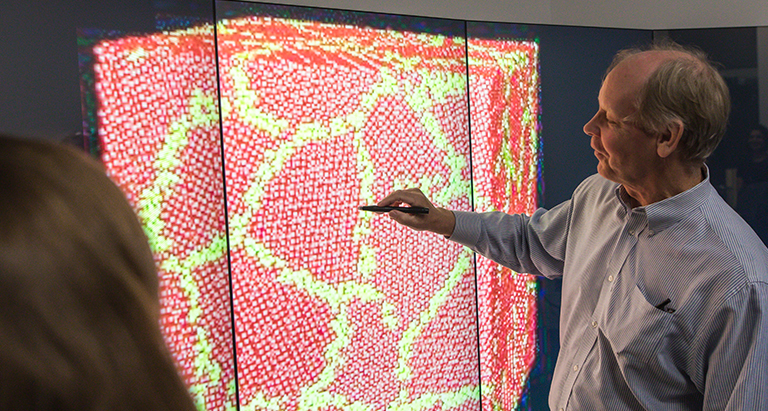 When fully developed, “Buddy” will interact with its human partners in real time. 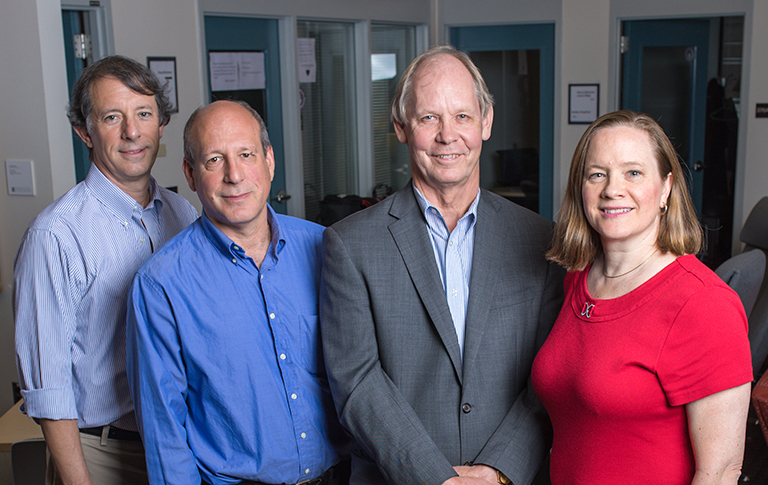 Our recognition societies are one way to celebrate the donors who make great things happen with their generous and committed support. Our community of alumni, families, and friends continues a tradition of generosity, fueling Lehigh's impact in the world. Thank you for making a difference. 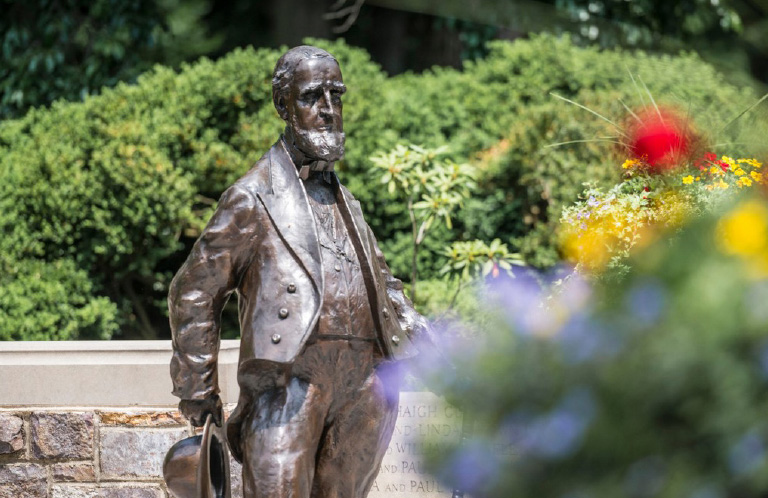 Named for the university’s founder, the Asa Packer Society recognizes our most committed annual supporters. Thank you to all our donors for shaping Lehigh’s future by sustaining our commitment to core values, strengthening key programs, and expanding the impact of our teaching and research.

The Tower Society, which celebrated its 25th anniversary in 2015, was formed as a lasting thank you to all those who contribute to the university's endowment or who make plans to do so in the future. For information, please contact the Office of Planned Giving.

Through the engraved names on the stone benches in the beautiful Alumni Memorial Building courtyard, Leadership Plaza honors individuals who have given at least $1 million to Lehigh. Learn more about these generous donors.

Consecutive gifts—no matter the size—are crucial to the success of Lehigh University. Donors who make gifts year after year provide a powerful foundation from which Lehigh can support critical aspects of the student experience.

Lehigh’s South Mountain Society was established to recognize these valuable consecutive donors. Recognition includes all alumni and friends who have made a gift to Lehigh for two or more consecutive years. To learn more about your personal history of giving to Lehigh, please contact us at inthanks@lehigh.edu.