The first major gift of the public phase of GO: The Campaign for Lehigh is from Chair of the Board of Trustees Kevin Clayton ’84 ’13P and his wife, Lisa. 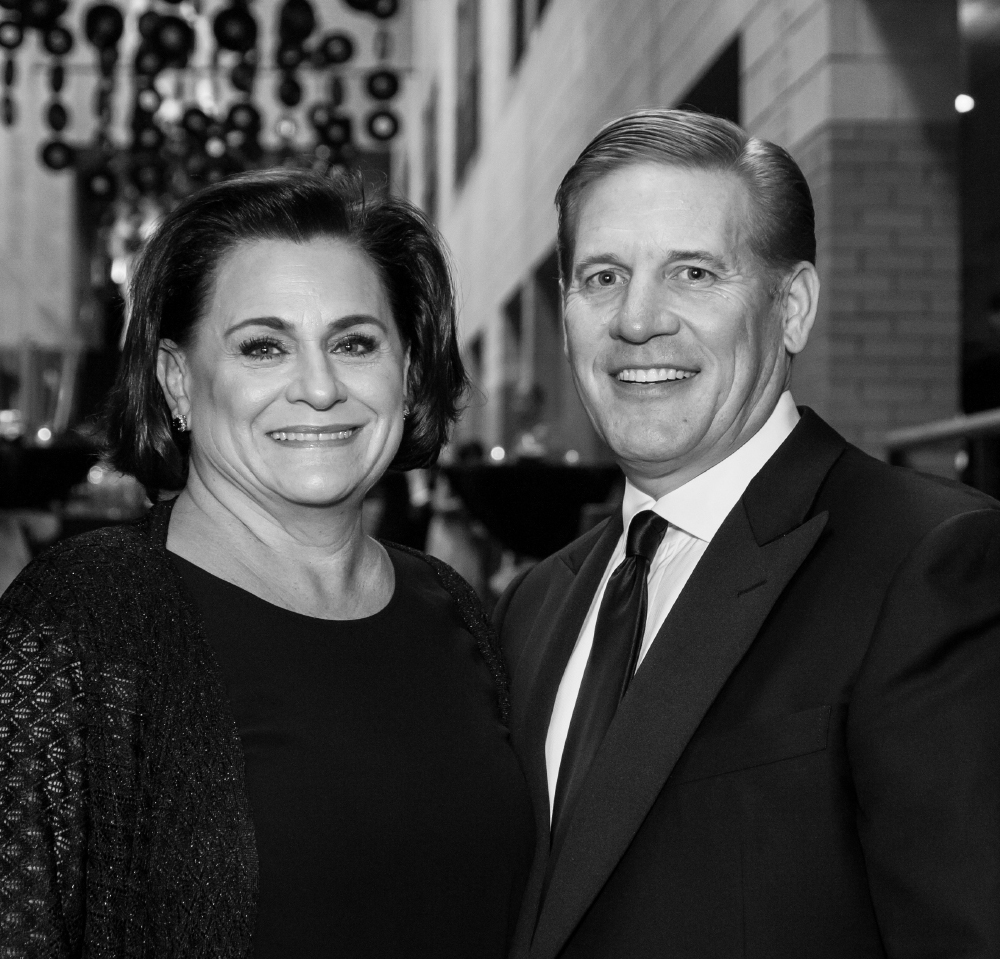 Current chair of Lehigh’s Board of Trustees Kevin L. Clayton ’84 ’13P and his wife, Lisa A. Clayton ’13P, are jump-starting the public phase of Lehigh’s $1 billion-plus campaign with a $20 million gift to fund the renovation and expansion of Lehigh’s University Center. As one of the most striking structures on Lehigh’s Asa Packer Campus, the center supports a significant component of Lehigh’s Path to Prominence plan and the broader goal of enhancing student learning and life.

The University Center project will preserve the historic nature of the building while creating a dynamic, state-of-the-art environment for student life. It will create welcoming spaces where students can connect and collaborate in areas designed for work, learning, events, casual gatherings, dining spaces, club activities, offices, and student services. The original building built by Asa Packer opened in 1868 as Packer Hall. The last major renovation was in 1956. Construction is expected to commence in 2019 with a targeted completion date of 2022.

“Lisa and I have been so fortunate and blessed thanks in large part to Lehigh. We wanted to give back by making a gift that has true impact across the university. Every person who attends, teaches, or works at Lehigh spends considerable time in the University Center, which is one of the most iconic buildings on any college campus in America,” said Kevin Clayton, a partner with Energy Capital Partners, a private equity and credit firm focused on investing in North America’s energy infrastructure where he leads the firm’s global fundraising and investor relations activities.

“I have had a unique perspective on student life at Lehigh and how it continues to evolve,” Clayton said. “Lisa and I believe that supporting the renovation and expansion of the University Center will benefit the entire Lehigh community for generations to come. The renovated building will create an environment that fosters new connections, strengthens traditions, and fuels learning and leadership. Every student, faculty member, and staff member for the next 100 years and beyond will be impacted. That’s meaningful and in Lehigh’s best interests.”

President John Simon said that the Clayton gift will allow Lehigh to transform one of the most striking historic buildings into a vibrant center for student life.

“A thoughtful restoration that preserves the historic distinction of this building while opening up interior spaces to be more functional will draw members of the campus community to this central gathering spot and can have a significant, positive impact on the Lehigh student experience,” he said. “We’re very excited about reestablishing the University Center as the true center of the university.”

Vice Provost of Student Affairs Ricardo Hall said that the Clayton gift will positively impact the entire Lehigh campus. “The rejuvenated University Center will become the heart of this campus by giving students a place to congregate, not just to eat and have meetings, but to come together as a community to learn in a way that our current structure does not really allow or encourage. The re-imagined University Center will truly be the heartbeat of the campus.”

The site and landscape designs of the University Center and the Bridge West Residence Hall to be constructed nearby will be integrated to provide an expansive new asset for residential living at Lehigh. These state-of-the-art spaces will draw people from all corners of the campus to meet, dine, socialize, study, attend events, or merely be in the presence of fellow community members.

A history of giving back to Lehigh

Clayton and his family have supported Lehigh in many ways over many years. His late father, William L. Clayton ’51, was a Lehigh trustee for more than 34 years (20 years as an active member and 14 as a Trustee Emeritus) and was a member of the Executive Committee of the Board. Lisa Clayton has deep family roots in the Lehigh Valley. Born and raised in Bethlehem, her great-grandfather founded the A-Treat Bottling Company. She is the daughter of James and Lorraine Egizio of nearby Center Valley, Pennsylvania.

Kevin earned a Bachelor of Arts degree in government from Lehigh in 1984 and a Masters of Business Administration degree from St. Joseph’s University in 1988. At Lehigh, Clayton served as a four-year class president and was a member of the Newman Association and Alpha Tau Omega fraternity. He was elected to Omicron Delta Kappa, the national leadership honor society. During his senior year, he received the Undergraduate Merit Award from the University Alumni Association for his exemplary character, scholarship, and contribution to his alma mater.

In honor of Kevin’s parents, Lisa and Kevin established the William L. and Carol L. Clayton Endowed Scholarship Fund in 2003. In 2008, they established the Kevin L. Clayton ’84 and Lisa A. Clayton Endowed Scholarship Fund. Their contributions also include supporting the Annual Fund, the Athletics Partnership Program, programming initiatives in the College of Arts and Sciences, and the College of Business and Economics Dean’s Strategic Initiatives Fund.

More recently, they continued their commitment to support Lehigh by endowing the Kevin L. Clayton ’84 ’13P and Lisa A. Clayton ’13P Deanship for the College of Business and Economics. That position is held by Georgette Chapman Phillips, an internationally respected scholar who came to Lehigh in 2014 from the Wharton School at the University of Pennsylvania.

Longtime members of the Asa Packer Society and the Tower Society, Kevin and Lisa were honored at Lehigh’s 2012 Founder’s Day ceremony. Their names are engraved on Leadership Plaza, outside of the Alumni Memorial Building, in recognition of their philanthropy and commitment to Lehigh. They join Clayton’s parents, who are also recognized on Leadership Plaza.

Clayton also served as a member of the Executive Committee of the Board of Trustees at Blair Academy, where he chaired the Endowment Fund Investment Committee.

Clayton began his business career with Chrysler Corporation, holding a variety of management positions in the U.S. Automotive Sales and Marketing Division. In 1990, he moved to Trust Company of the West, an institutional investment management firm, rising to senior vice president. He joined Oaktree Capital Management, L.P., a publicly traded global investment management firm, at its beginning in 1995. He served as a principal, member of Oaktree’s Board of Directors, and as supervising principal of OCM Investments, LLC, Oaktree’s registered broker-dealer entity. He was also the managing partner of the Finley Ridge Group, a private family office in Bedminster, New Jersey. In addition to his current role as a partner at Energy Capital Partners, Clayton also serves on the Board of Directors of Aquicore, a commercial real estate energy management firm in Washington, D.C.

The Claytons reside in Basking Ridge, New Jersey, and have three children: Jessica, Patrick ’13, and Grace.